Sorting for Early Science builds on children’s natural curiosity for objects and animals in the world around them. Is a pear a fruit of a vegetable? Does a  penguin have wings?

Having the ability to classify, or sort, items is an important scientific skill specified in the early years curriculum. This colourful, fun app helps children develop this ability, whether they are working alone or in small groups. It provokes lively classroom discussion, with children asking each other if they have seen a bat.or working out how to tell a fruit from a vegetable.
Children classify items according to whether they are:

This is done by dragging objects from the top of the screen into one of the labelled circles on the screen. For some topics, there are overlapping circles for items that can go into more than one circle.

There is a reporting option to allow adults to monitor the progress of children. Children can build their basic vocabulary, either in English, or in Spanish as the app can be switched between both languages.

Group or classify items by type of animal, fruit or vegetable or living/not/living 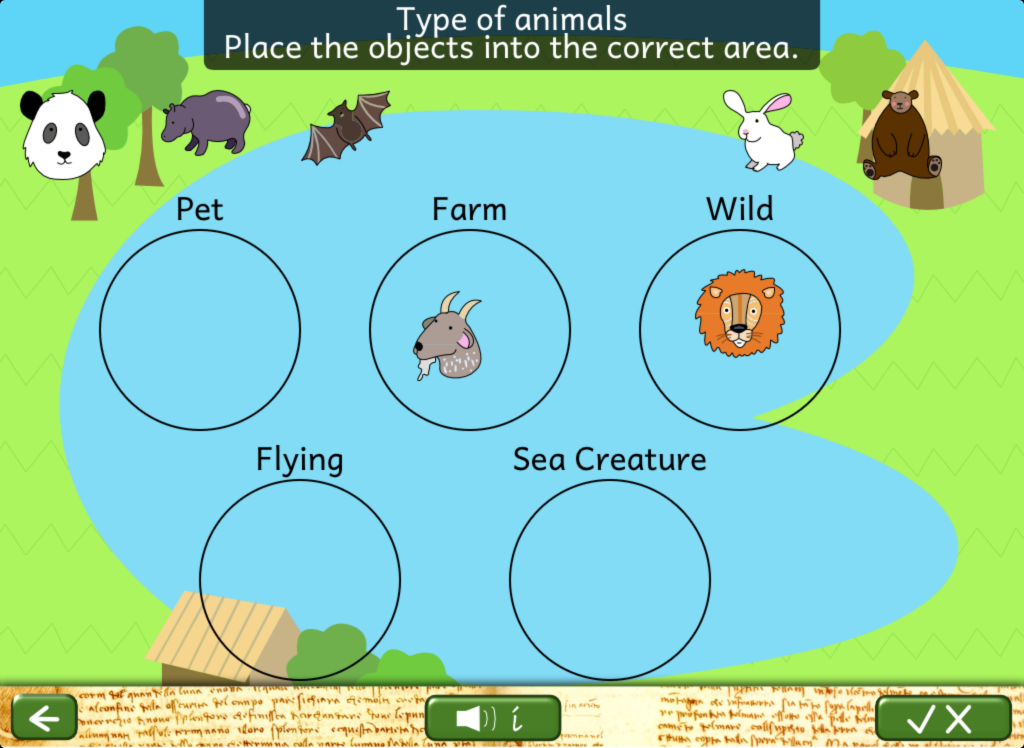 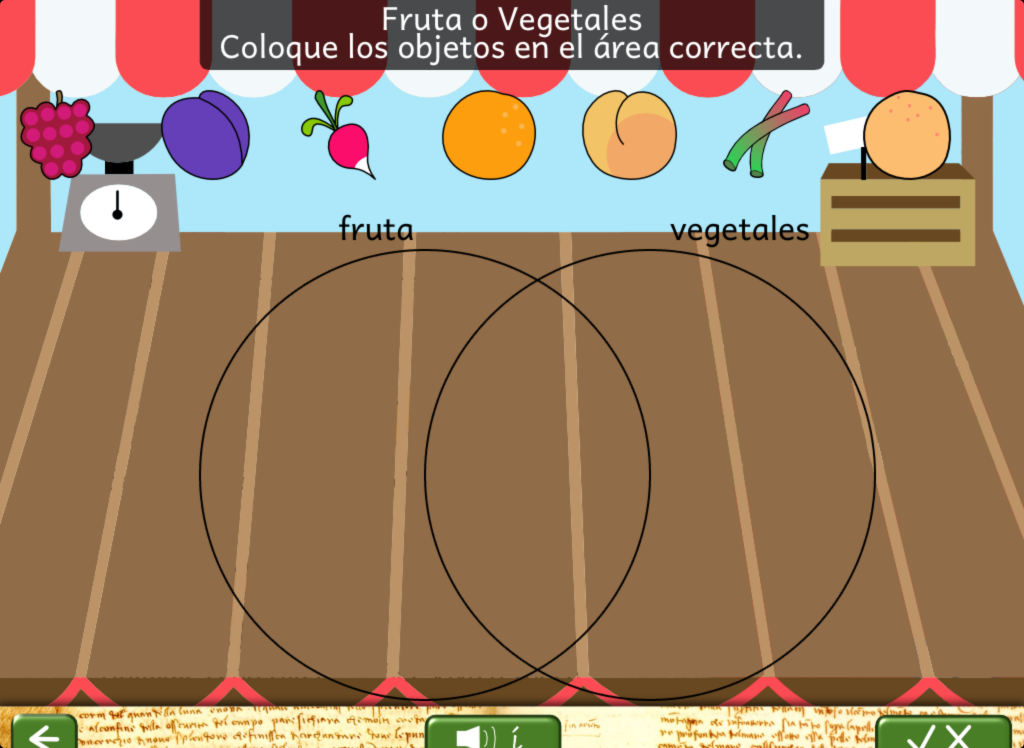 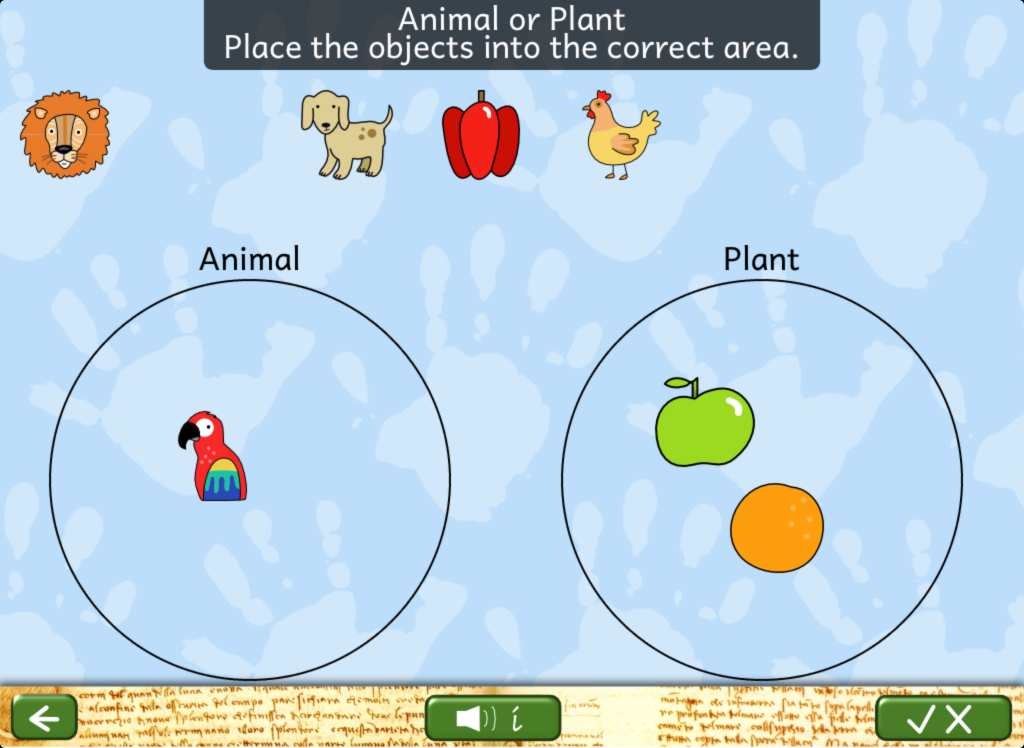